Simply dummy text of the printing and typesetting industry. Lorem Ipsum has 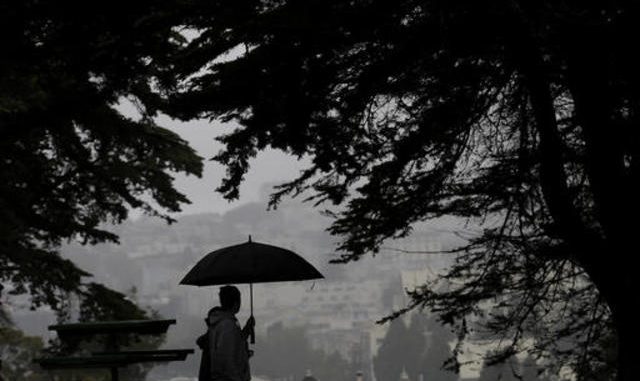 Storms to bring wintry weather to San Diego this weekend

SAN DIEGO — Fair weather in San Diego County Friday is expected to give way to windy and rainy conditions over the weekend as a pair of storms move through the region.
The first of two “upper level short wave troughs” will arrive Saturday and bring with it “significant cooling, cloudy skies, strong west winds, hazardous sea conditions and periods widespread precipitation,” according to the National Weather Service. The quick moving system may also spur thunderstorms mainly over and west of the mountains late Saturday afternoon.
That storm is expected to deliver moderate to locally heavy precipitation ranging from about a tenth of an inch in the deserts to a quarter- inch or less west of the mountains to as much as half an inch in the mountains. Snow levels are expected to drop to 5,000 feet by Sunday evening, and up to 4 inches of powder could accumulate, forecasters said.
The precipitation is expected to ease up Saturday night, but wind speeds will ramp up on Sunday. Winds of 15 to 25 miles per hour with gusts of up to 40 mph are in the forecast for the valleys, as are winds of 30 to 40 mph and gusts to 60 in the mountains and winds of 25 to 30 mph with gusts to 45 in the deserts.
“Gusty west winds will develop across the entire forecast area on Sunday afternoon, possible reaching advisory criteria in the coastal areas and valleys,” according to the weather service.
Forecasters warned that the rain, snow and wind could affect post- holiday travelers.
The storms will also bring about wintrier weather.
High temperatures on Saturday are predicted to fall from the mid-60s Saturday to the low-60s on Sunday in San Diego, and from the high-60s to low- 60s in El Cajon, according to forecasters. In Julian, predicted high temperatures will drop from 52 degrees on Saturday to 43 on Sunday, and temperatures will lower from 72 to 63 in Borrego Springs.
The disturbances will clear by Monday morning and a warming trend will follow, according to the NWS.